Combining disciplines between global entities in manufacturing, design, and production is no small task. Three international entities recently collaborated to revamp the production system for assembling and testing plastic components for irrigation systems. The result was an impressive increased performance of 25% – from 60 cycles to 75 cycles per minute using the WEISS TO750 direct drive rotary indexing table and WEISS high dynamic performance of the Pick and Place units.

Leading manufacturer of professional irrigation systems and drip irrigation technology Netafim, Ltd. (Tel Aviv, Israel), commissioned Innovative Products & Equipment (Tyngsboro, MA), who manufactures a myriad of special machines for customers worldwide, to improve upon its’ modified linear transfer line which had reached its technical limits at 60 cycles per minute. The performance of this assembly and test station, which produces components fitted in these systems by the thousands, needed to be raised significantly for Netafim.

Innovative’s President, Dale Beaver, quickly realized that further increases in speed were only possible with a rotary indexing table that in its’ design incorporates fast processing and precision indexing in a single motion. Having had previous success with industry leading specialist for rotary tables and automation WEISS (Buchen, Germany), and its’ subsidiary WEISS North America, Inc. (Willoughby, OH), Beaver initiated detailed engineering discussions with them to seek a complete, integrated solution for Netafim’s special machine.

The goal went well beyond selecting from a catalog for these process-critical components. It was essential that the rotary indexing table selected would be able to attain the desired speed boost in the assembly and test system. In addition to cycle time, other values had to be factored in the design: reliability, precision, and service.

After close cooperative discussions between all entities, WEISS (Germany/USA) offered a system that combined a unique direct drive rotary indexing table featuring an indexing ring with the biggest possible inside diameter for the special machine. This was coupled with five matching linear motor Pick-and- Place units to complete the unique system− ultimately allowing performance to be raised by an impressive 25% to 75 cycles per minute.

The heart of the WEISS system featured a user-programmable TO750 direct drive rotary indexing table–mainly due to its extremely high dynamic performance and repeat accuracy. The four-track design beats at 75 cycles per minute and allows production of 300 components per minute.

On a centrally-mounted plate – made possible by the large central opening – sit 16 processing stations, which pick up, identify, seal, and visually check two plastic bowls and a sealing ring before placing them down again. 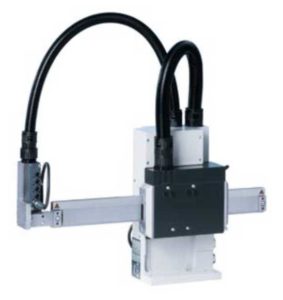 The HP units work with a combination of a horizontal and a vertical axis, which is far superior to traditional pneumatic systems in terms of flexibility and cost- effectiveness. Most importantly, however, the high dynamic performance of the Pick and Place units matches that of the TO – thereby making Netafim’s goal of enhanced speed a reality.

Additionally, there were concrete, technical problems to be overcome. A large amount of dust is produced when processing rubber seals, which was prevented by using special seals on the rotary indexing table and the Pick-and- Place units.

A potential source for conflict was also overcome in the selection of the control system; as WEISS is able to employ a myriad of drives and control systems to meet the customer’s specific needs. Ultimately, TOs and HPs were effortlessly adapted to Netafim’s preferred system; a PLC from Siemens. 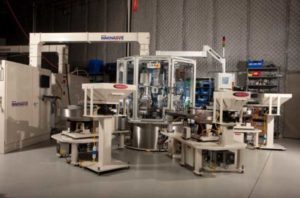 Finally, Netafim, Ltd. was able to increase speed and precision performance significantly (25%) for their drip irrigation parts test and assembly system; giving rise to a broad range of products and solutions ideally suited to agriculture, greenhouses, and the mining industry. These increases in productivity were achieved via combining the WEISS TO750 direct drive rotary indexing table and HP140 linear motor Pick and Place units to complete the precise, smooth running system.

Through close cooperation between WEISS, Innovative, and Netafim, the first system was successfully implemented and repeat orders soon followed. In fact, four identical test and assembly stations are currently at work in Israel.

According to Innovative’s Dale Beaver,

“Ultimately, the engineers from Netafim were impressed by the quality that WEISS delivers. And for WEISS, close cooperation with customers has always been a key part of the company philosophy. After all, the company sells complete solutions and not just components.” 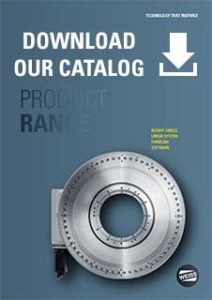